At the end of the Kosovo war in 1999, three American citizens were murdered – execution style – and dumped in a mass grave in Serbia.

Fifteen years later, there are answers. But no justice.

You’d be excused if you looked past Ylli, Agron, and Mehmet Bytyqi.

Born just outside of Chicago, Illinois, the Bytyqi Brothers were living ordinary but happy lives in Hampton Bay, New York during the spring of 1999 – Ylli as a pizza maker and Agron and Mehmet helping their father in construction.  Still in their early twenties, they were worrying about important things.  Who cheated who in pool?  In a house with seven siblings, who got the bathroom first?  More importantly, who cleaned it afterwards?

But when the images of the brutality of war in their native Kosovo became too vivid, their lives became anything but ordinary.  War is brutal to all sides, yes.  But this war was fought to “cleanse” Kosovo of all Albanians.  Along with nearly four hundred others, the three brothers left New York as part of the “Atlantic Brigade” of the Kosovo Liberation Army, traveling to Kosovo via Albania on their U.S. passports.

Later that summer, the war stopped.  But the ill-will lingered.

For one, Romas were still being persecuted in Kosovo.  So, on June 23, 1999, the Bytyqi Brothers agreed to escort some Roma neighbors to a safe zone.  When they crossed over the Kosovo-Serbia administrative boundary near Merdare, their fates took a turn for the worse.  Serbian police arrested the brothers and placed them in a jail in Prokuplje.  They only had some identity documents – no visa stamp.  Two weeks later, a judge ordered their release.

But that was not the end of their ordeal.

Instead, the brothers were taken out a back door of the jail by officers from a Serbian Interior Ministry special operations unit, thrown into the backseat of Ministry vehicles, and driven across the country to a special ops training facility in the eastern Serbian town of Petrovo Selo.  Hands bound with wire, blindfolded, and kneeling on the ground, here, the brothers were murdered.

Each, shot in the back of his head.

Serbian President Slobodan Milosevic was arrested and extradited to the ICTY.  Families began looking for loved ones and reconstructing their shattered lives.  On July 17, 2001, Serbia had news.  The bodies of the Bytyqi Brothers had been found.  They were found buried above a larger mass grave with the bodies of Kosovo-Albanian civilians who had been massacred by Serbian forces in Kosovo and later transferred out of Kosovo in refrigerator trucks to cover up the crime.

The Bytyqi Brothers case was eventually brought to the Serbian War Crimes Prosecutor’s Office.  With the help of U.S. officials, the investigations focused on three individuals within the Interior Ministry: Milosevic’s Minister of Interior Vlajko Stojiljkovic; Assistant Minister Vlastimir Dordevic, and; Goran “Guri” Radosavljevic.  Guri had commanded a special ops unit in Kosovo called the Operations Recovery Group (OPG in Serbian).  After the conflict, he became the Commander of the Petrovo Selo special forces training camp where the brothers were executed.

Stojiljkovic would later commit suicide on the steps of Parliament rather than face the ICTY.

Dordevic was eventually arrested and convicted by the ICTY in other war crimes cases.

Guri, however, remains free and a senior figure within the Serbian political establishment.  Despite his command over the Petrovo Selo camp, he has repeatedly denied any involvement in the Bytyqi murders.

July 2014 will mark fifteen years since the Bytyqi Brothers were kidnapped and murdered by Serbian officials.  There have been no serious investigations or prosecutions in the case.

For more on the sequence of events in the Bytyqi Brothers case, visit our Timeline.

To learn about the surviving Bytyqi family and their fifteen-year struggle to achieve justice, visit the About page.

To learn why the Bytyqi Brothers case is relevant now, visit Why Now? 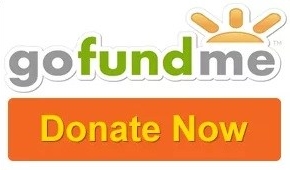